There wasn’t even a hint of snow in the forecast, although clouds appeared from time to time, with a hint of rain.  My Ambassador came out of storage on Wednesday so I decided to drive him to the meeting.

Ken and Irene Perrier were hosting this year’s spring meeting in Hampton so it was a lovely hour plus drive down.  Ruth handled smoothly as usual and with the tunes going and the window open, the trip was accomplished with great delight on my part.

I arrived at the Perrier’s to see Ken’s 1969 AMX parked on the front lawn.  Now there’s a banner-waver for the club!  Several club members had already arrived and by 2pm, when the meeting began, we were all gathered in the Perrier’s living room with our libations, 19 in total.   We received regrets from Jeff Spratt and Carol who were off somewhere running or biking in some race or something and David Hall and his wife – David’s mother had just passed away.  We pass along our sympathies to David and his family for their loss.

Our discussions included the upcoming events for the season and everyone was encouraged to look around their areas and report any interesting events that the club might like to attend.  Henry Joneit was ‘encourage’ to ‘think’ about hosting an event in Ottawa as there are all kinds of wonderful things to see and do there.

There were plenty of snacks to delight the pallet.  In our usual fashion, we proceeded through our meeting and wrapped up somewhere around 4pm.  We had a great feast after and caught up on everyone’s lives and car projects.  It was wonderful to see everyone.

Our first event of the season should be the Bethany Car Show.  John Vander Meulen is verifying the dates.  Our next meeting will be the Annual General sometime in June. 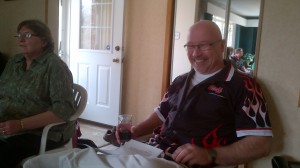 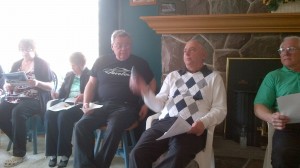 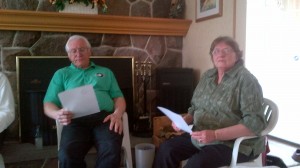 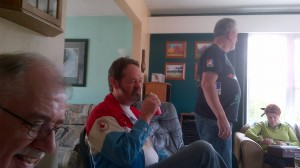