Ramblings Of A Retiree (First Quarter of 2018)

Hello there, this is something that I would like to create to communicate some automobile items that I have had the chance to research, now that I am retired.  I certainly wasn’t anticipating to be directed to this path in life, but I really had no choice.  I am very lucky to be able to move to a paying, non-working position.  It has certainly taken a bit of time to get over the shock, but I know that I have moved in a positive direction.  This column will give me a sense of purpose, and I hope that you find it interesting.

In January (13th to the 21st), the Barrett-Jackson Scottsdale Arizona auction was over-televised on the Discovery Velocity channel.  I say over-televised, but it was well under-televised when it came to our AMC brand.  When I recorded the day of the BBO AMX auction, it never made it past the cutting room floor.  I would have liked to hear how they described it, and how it sounded.  It went for a reasonable price, as a ground up restoration.  The other AMX was a solid car, with original interior, and would have been my choice (and would have saved 20 Gs).

I tried to watch some of the coverage, but eventually fast forwarded anything that I dedicated some TV gigabits to.  It was really annoying after a while.  There may have been almost 2,000 cars go through the dockets for the duration, and money spent on the vehicles was astronomical in some cases.

I have included below some of the few AMC/Rambler vehicles involved in the auction, and the many Jeeps that were turned over to new owners.  Some of the Jeep prices were very high in my opinion.   They appear to be high in demand, that’s for sure.  That Wagoneer was quite pricey, but it must be in great condition.  How about that Rambler sign for over 8K?

I hope you find this article interesting, and I hope to see you at the Spring meeting at Harm and Barb’s place.  Please check the calendar of events on the website for more details.

Thanks for reading.  (As of April 15, 2020, I have removed the auction items, in order to remove them from the website.  Thanks. 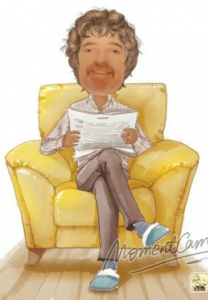