We  started our first adventure with the AMO+ Car Club by attending the Fall Colours Tour/Poker Run on October 1st 2016.

For those of you that don't already know, Mike and Gail Putz are my  uncle and aunt.  We purchased our 1969 Javelin from Mike and decided to join the club (Editor's Note:  was it a condition of the sale??  Hmm).

The day started at Ken & Roberta's house in Cameron. This was our first introduction to some of the other members of the club. Cameron was also the staring point of the event.  We were all given a sealed envelope with emergency contact numbers on the outside, and a list of questions to answer with directions for the ride. Roberta gave us all instruction on what to do with the envelope and the list. Pretty straight forward - follow the directions and answer the questions, and don't open the playing cards, and only open the map if you get lost. The ride through the country side would be approximately 2 hours.

So, off we went in five minute intervals. Mike Putz, Andy and myself were in one vehicle.  Andy and I looked for clues to the questions, and I gave Mike directions when to turn and where to stop to pick up the playing cards.

One of the questions was "the kings Pen" which turned out to be the tattoo parlour In Fenelon Falls called Kings Ink.  The answers to all the questions could be found along the route. Some were harder to spot than others. I have to admit we had to back track for one of the answers to the clue!

The ride was great and went through several towns - Cameron, Fenelon Falls, Kinmount, Norland then down Victoria Road to Elm Tree Road. Even though the day was a bit overcast, the colours were great and the scenic drive was awesome. What a perfect way to see the country side.

We ended the ride at Harm and Barb's place. This is where the poker cards and question sheets were handed in. There were prizes awarded for the best poker hand and the most correctly answered questions. The best poker hand was won by Joanne Legon  with a prize of $50.00. Most correctly answered questions went to Ken and Irene Perrier who won the frame with three colour sketches of Javelins.  No one was left out - everyone was a winner, everyone got a prize. Eight in total.

There was no lack of food since everyone contributed to the pot luck supper we had. What a feast.  At the end of the day, I would say a great time was had by all and  new friends were made. We  look forward to our next gathering we are able to attend. 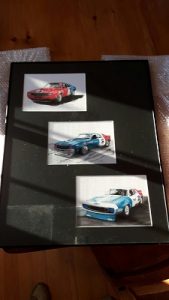 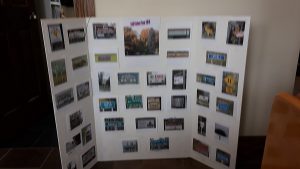 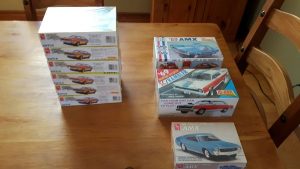