A bunch of us met and proceeded to the registration check in point at 8am Sunday morning.  Harm and Barb van der Veen had their Hornet S/C360, Ken Edwards was accompanied by Aunix Lockyear-Breen, Roberta’s grand-daughter in Ken’s AMX, Bonnie and Terry Forbes in their 1970 Ford Cyclone 429 – yes, I know, the odd man out – but being such good friends, we let them join our convoy! – John Vander Meulen in his AMX, and Marty and Sandy Davis in their Bricklin (which has lots of AMC parts in it so it counts).  I, of course, had my Ambassador and our club mascot Seymour the dragon accompanied me.  The kids wandering around with their parents loved him!

We got to park on the main street – haven’t done that in a few years and headed off to get registered.  During the day, we wandered around admiring the many wonderful vehicles on display.  My favourite was a Chev Impala called Poison Kandy although a close runner-up was the Berlina Coupe we spotted by the park.

Sandy and I saw a vehicle with a registration number of 479 so I figured there must have been close to 500 vehicles at the show and lots of spectators.  We stuck around for the awards presentation but no one in our club received any awards.  Ah, well, we really didn’t mind as just getting a chance to drive our cars and exhibit them at a show is enough for most of us.

It was a great day, the weather was very warm but the light breeze that sprung up from time to time gave welcomed relief.

The next event is the AMO International Convention – can’t wait! 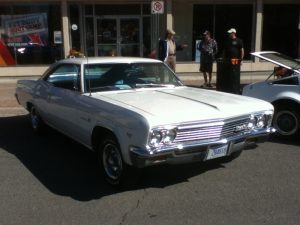 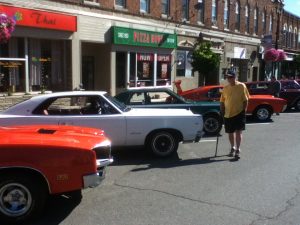 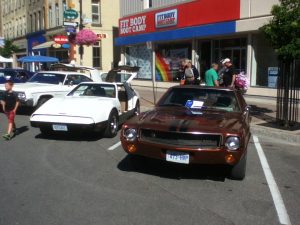 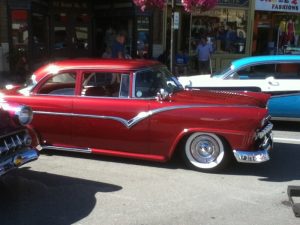 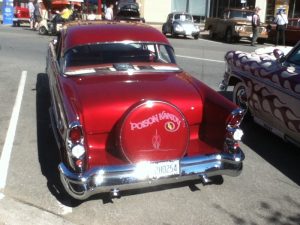 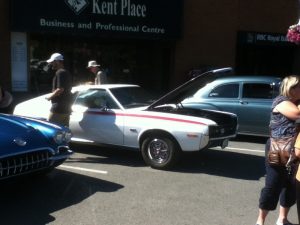