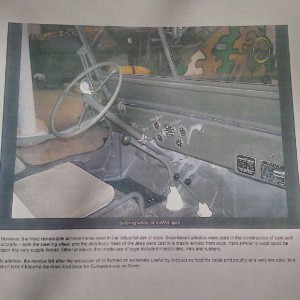 Soybeans were discovered by the people of the Orient and were considered a poor man’s meat long before their nutritive value was quantified. Soybeans were not used for food in America until 1892, when they were used as substitute for coffee. At the beginning of the 20th century its cultivation spread rapidly in the USA. In 1924 production reached 135,000 tons. At the start of World War II, American soybean production topped 5 million tons, and its use as food for both humans and animals was widespread. However, the most remarkable achievements were in the industrial use of soya. Soya-based plastics were used in the construction of cars and aircrafts – both the steering wheel and the distributor head of the Jeep were cast in a plastic extract from soya.